Well I really wanted to make some pretty landforms that were all ready for the classroom but right now, it just isn’t happening!!!!! I had a plan and it didn’t quite work! 🙁 So….since we are working on soil this week, I needed them today! So it was on to plan B! The next part of our Waseca Study was to talk about soil and water. After the soil and water presentation, we were supposed to head into landforms. So I used what we had to make the landforms and I think it was actually a success! I took a plastic container and some rocks, and the girls and I used the rock to make the different landforms. Then we poured blue water into the container! It was fun and it really made the girls look at the difference between the different landforms! 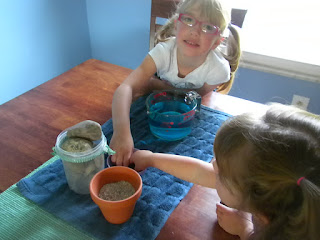 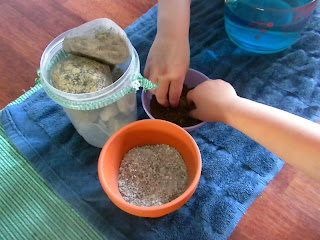 This presentation was about how soil and water feel. It was for nomenclature purposes and Pup thought it was great! 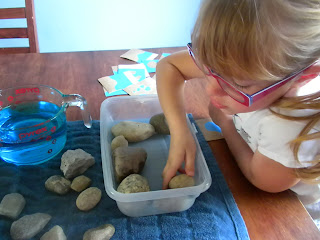 After that we moved into landforms! Bunny made hers all on her own. Pup needed alot of help. This is a work that is better for older kids, but it was fun! 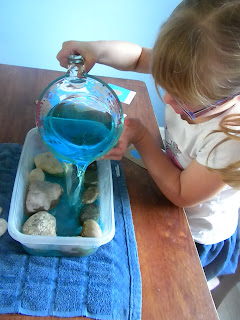 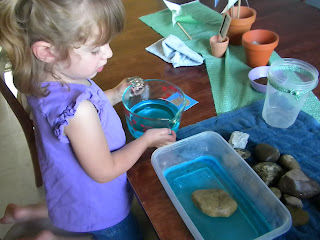 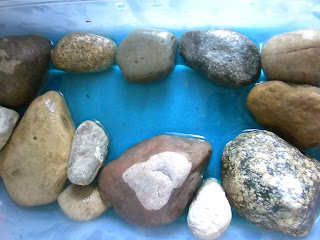 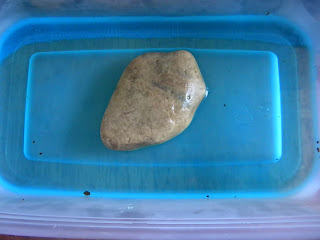 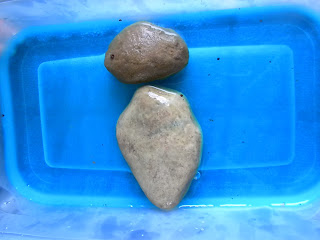 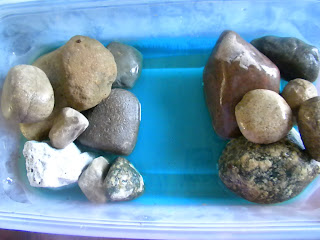 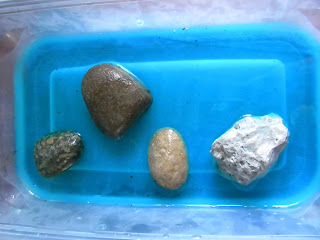 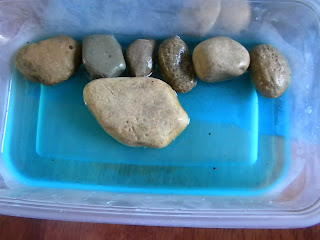 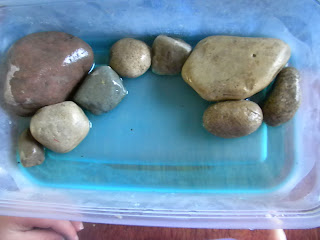 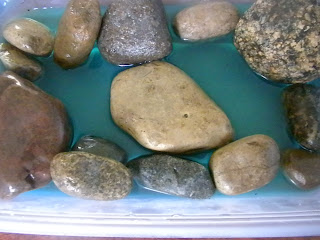 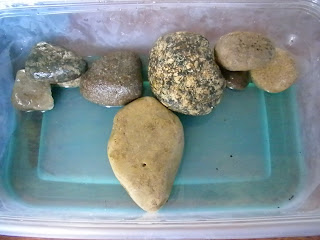 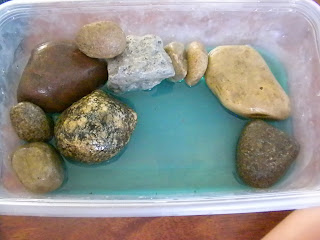 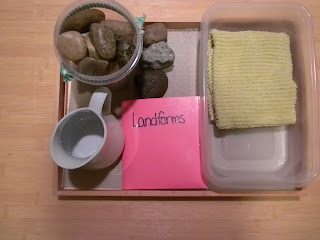 When we were finished I made it a tray! I hope that this is a work that the girls repeat. I think that they will! Maybe soon I will get the landforms trays done, but until then this is going to have to cover it!
Today is also my dearest Mom’s birthday!!!! After all of our work we got to go have a lovely afternoon at her house! It was great to spend a nice relaxing day with family! I hope your week is going well! Happy Schooling Everyone!
﻿
Reading, Reading, and more Reading! Welcome Keys of the Universe!