Today we had the third great lesson, the coming of humans! This third lesson is a more of a story/ discussion about the creation of man. This went SUPER well. Everyone was talking and contributing ideas to the idea the humans were created different then the animals. We talked about how God created Humans with the ability to think about things, to love everyone, and to have hands to make things. It was very interesting to see how interested they were in talking about the things that this included. They seemed to really connect with the idea of man’s special gifts! There was also alot of discussion about some books and shows the kids had seen about how apes turned into men. We talked about how in their early days, humans may have been covered in hair like an ape, but they always were humans. God had created them differently and even though they may have looked different, they were always special! This work, while it spurred alot of good discussion, they really didnt have alot of research work. They did have fun together though! Next week I will show them the first timeline and I sure that is going to spark some more good talk and thinking! 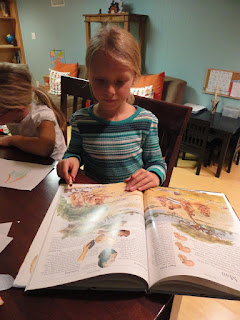 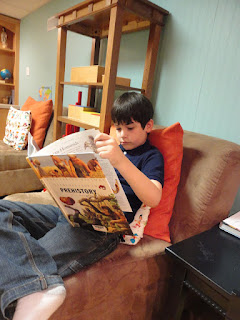 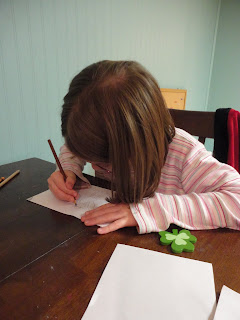 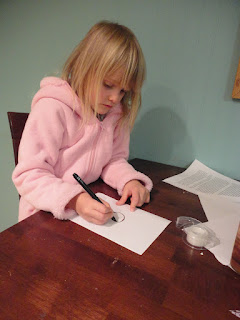 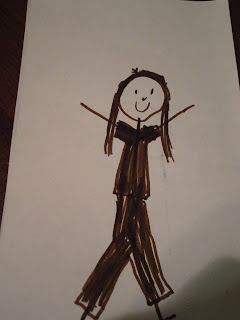 K. made a prehistoric person! 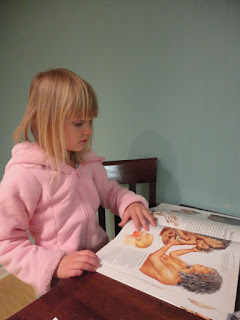 There was a show for the kids to show what they discovered and thought of! Today we had a T-Rex drawing by B. We also got to see a puppet show written and preformed by C. 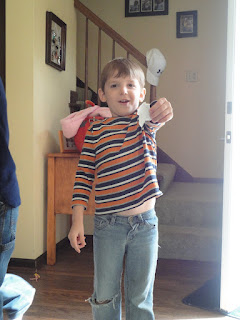 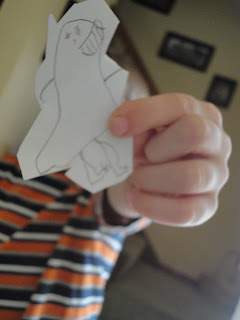 C. Puppet show was about two people who discovered something and decided to call it a bush. They then discovered that it was a lucky shamrock! The lucky shamrock was a good thing because it showed them that something was going to happen. There was a volcano nearby that went BOOM! The people were ok! The End! 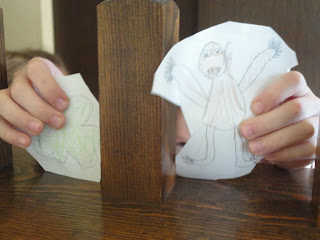 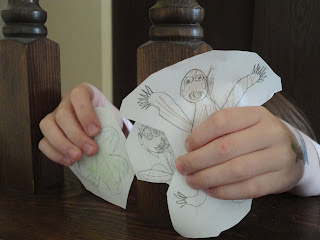 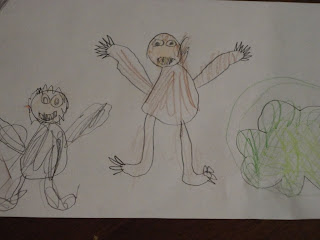 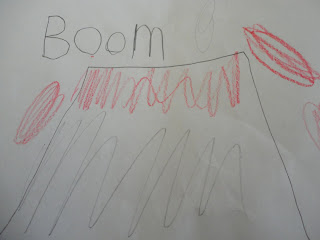 It was a good day and I love that the kids are thinking and really absorbing so much from these lessons! I asked today what they had been thinking about and some of them are working on volcano work, there is panda work, and of course there is Dinosaur work too! It is so much fun to see everyone working hard! If  you want to see more work, be sure to stop by Montessori Monday! I am linking up there!﻿
﻿
Learning to Knit Cosmic Botany Baby!