The past few days have been full and busy. But we still have had time for school, and fun new discoveries! Bunny has been working with fractions and her math boards to memorize addition! What has been fun to see is, is that she is having fun with it! She keeps finding new connections and patterns and this is making her super excited! In fact at one point she was working while I sat next to her, and she was so excited about a pattern she discovered, she jumped up and almost ran to find me! 🙂 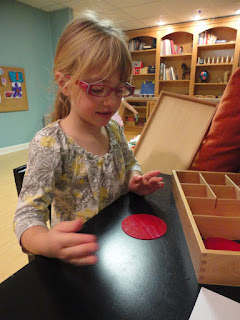 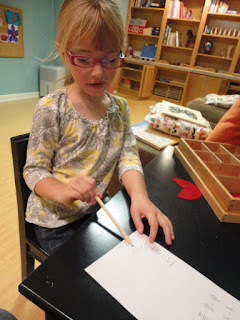 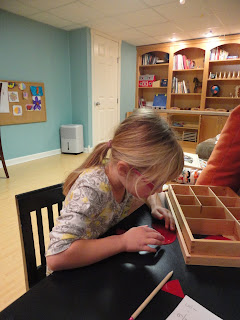 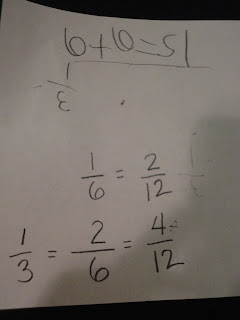 We started our fractions work off with some simple equivalencies, but it soon turned into some interested math as she thought about what could equal a third. Her thought process quickly found the sixths, but then she realized that 3+3=6. She then told me that 6+6=12 so maybe twelfths would be a good one to try. We of course didnt have the twelfths, so we had to visualize it, but decided that it was really equivalent. She was so excited and told me that fractions were actually math! I helped her write the work down so we would remember what we learned! 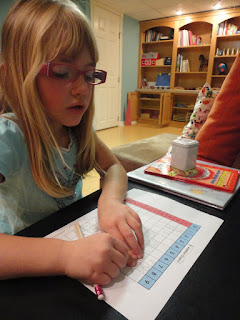 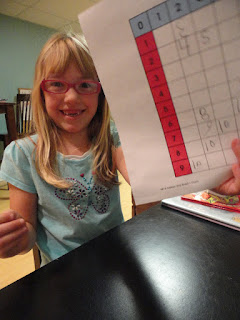 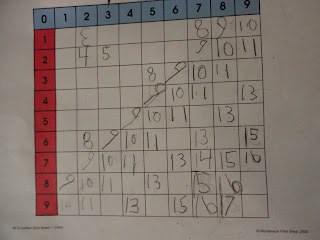 Today she was doing some addition board problems (we use a printed off board and she writes the answer in from the problems slips. Its like having number tiles, but easier for me!). As she worked on some problems, she found a pattern in the 10s! Then she wanted to know if there were any other patterns and she discovered that there was a line of 11s, 13s, 9s, 15s, and 16s. She told me “I didn’t know that my math board could be fun!”
I love it when learning becomes a discovery and a joy! For Pup, we have had a hard time still trying to keep working. She seems to have mastered everything, so I guess we move forward in the albums even though she is only three! But she did do some fun things today and I think that her favorite was showing her baby doll Lucy how to do work! 🙂 It was my attempt to try and get her interested in working with some materials instead of dragging all our toys downstairs! It worked for a bit! She had Lucy to the brown stair and pink tower! After that, she thought to stack the brown stair on its end! Here is her working and sharing her work with Lucy! 😉 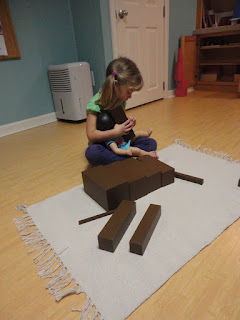 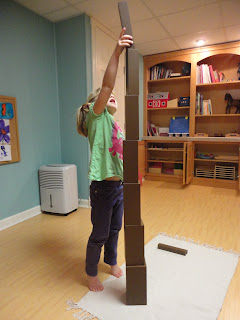 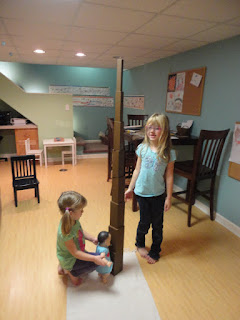 So that is what we have been up to here! Learning is fun and I just know that it is the perfect way to be! Now I just need to be prepared enough to help keep it that way! 🙂 I hope you have had a great school week too! Happy Schooling Everyone!
﻿
A Year of Crafts~ November 2012 Montessori Monday~ Great Lesson 5~ Story of Numbers