Today I asked Bunny to choose some work and maybe something to research. She chose to research electricity. So while I ate breakfast, she looked through the books we had gotten out at the library. She brought me two she said looked like had the best information and she asked me to read them for her. She I did. I also read a few more books that answered the other questions she had! We read about how electricity is energy, and about how it is made, and how we use it. The one question she really wanted to know was how it was made. We read that power plants burned coal to create heat that was used to make electricity, but she wanted to know how that worked (this is where I start learning as much as she is). So we read more. We read about how the heat boils water that makes steam. This steam is what turns the generator, the turning is what creates the electrical current that is sent down the wires to us! She thought that was really cool! We also found information about a nuclear power plant since that is what create the electricity we use! I was trying to find a way to have a going out trip to visit the plant, but it appears that they dont do that! I guess it would be a rather large liability on their part. Anyway, here is what she had me write down about what she learned: 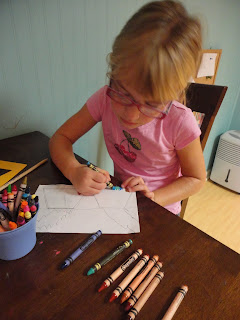 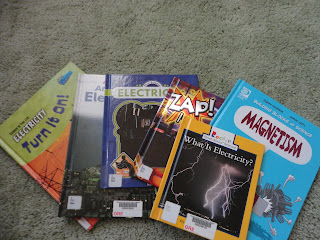 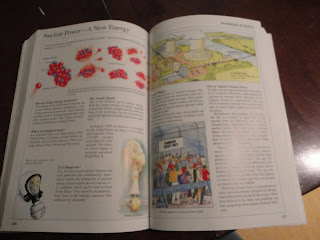 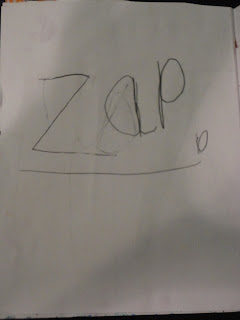 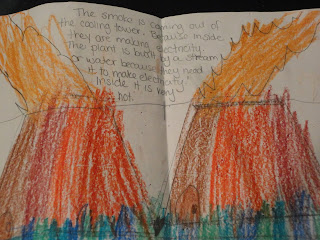 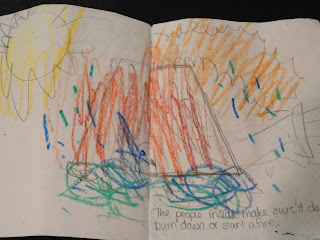 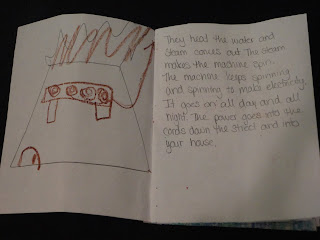 After writing her story, she told me she loves to make books and wanted to make a math book next. So I gave her some equations for the bead frame and she got to work! She was really doing a great job and worked independently enough to tell me to go away! 🙂 After that she pulled out the golden beads and asked if she was allowed to use them since she was now in first grade! I told her of course she could! Poor kid thought she wasnt allowed to use the beads anymore! I’m not sure why, but she was all excited! Maybe she will do some more another day too! 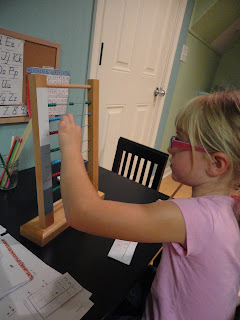 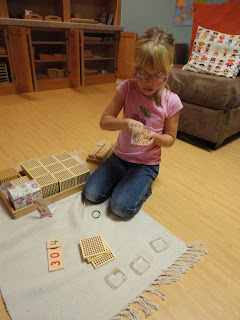 Pup had some fun today learning the part of a leaf, but after that she sort of lost interest in everything. I dont know exactly what to do with her. I think she may just have the remnants of a cold, but still, she would rather just draw all day. I usually let her, but I think we need to do something else too! I am running out of paper again! 😉  I think that maybe I need to find some better trays to pull her in and really start some more science presentations for her. I think that she may have gotten a little bit neglected with all the work I have put into the Great Lessons with Bunny. We’ll see how that works out! 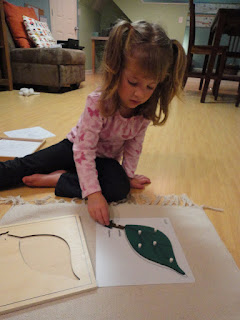 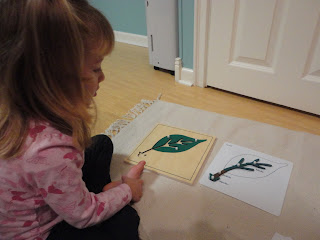 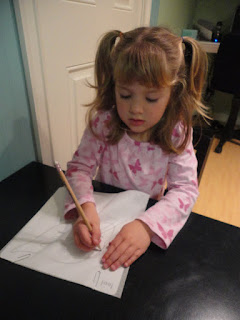 So there you have our work day today! It was a good work period and I think that both girls had fun! Make sure you stop by tomorrow for our Halloween Craft Day! Its going to be awesome fun! Happy Schooling Everyone!
﻿
Montessori Monday~ Timelines and Trays A Year of Crafts~ October~ Halloween!