Reading and Math the Montessori Way!

Well I knew it would happen soon, but Bunny is starting to read! I am so proud of her! I have Ms. Rhonda’s Readers that are all phonetic. They were written by a Montessori teacher and I liked that they are a bit more advanced then Bob books, but not so hard as a typical early reader! You can see them here. Bunny has read three in the past two days! I have been waiting and waiting for her to start getting the idea of sounding words out! I really hope that this is the real beginning! I think that it may be since she has been writing alot lately (the other day when she finished eating dinner she said “Mommy I am D-U-N”). Her reading of course pretty slow, but she is getting the words right! Yeah!!!!!! Here are some pictures of my very proud girl! 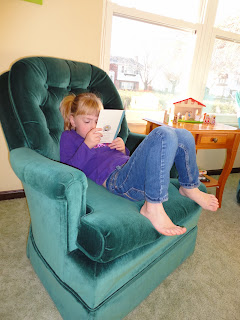 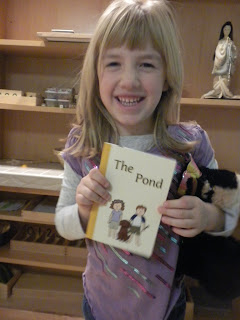 We also have been working on quite a bit of math today! I have been waiting for Bunny to get a pretty good idea of borrowing with subtraction and I think that she has a pretty good idea of it. She still need practice since I have to say “what do we need to do?” and they she will say exchange. So I think she has a good idea of it.Today I presented her with static multiplication. She loved it! She always wants to know new things and loves new presentations! I could give her something new everyday, but I try and pace us! 😉 She did a great job though an we did three problems. She still doesn’t want to do the work alone and I have just let that be as it is. She can do it, but I think it is more fun with someone else! In a Montessori classroom there are more then one doing the presentation, so I let myself be the other child. It makes it better and more fun! 😉 After we did this I pulled out the addition snake game. I have never played it or seen it played, so I pulled out a couple of different Montessori Albums and tried to figure it out. I will admit, it took me quite a while to figure it out properly! It just wasn’t making sense. While I worked on it Bunny was very interested in how it was played. So, once I finally figured it out, we played it a bunch of times! I think that it will be something we play quite a bit! Now I need to figure out the subtraction version! 😉 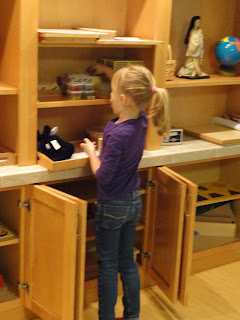 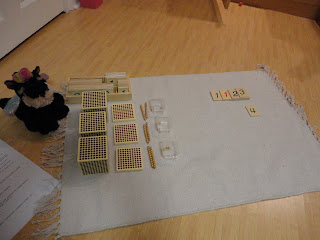 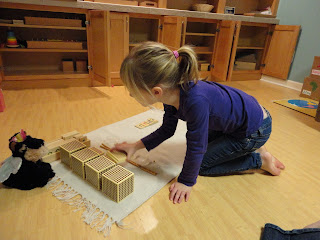 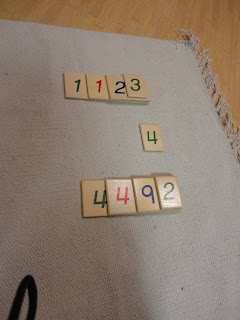 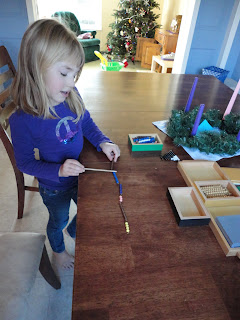 So that is what Bunny was up to today! We also made some really sweet snowflake ornaments, but that is another post! 🙂 Stop on back tomorrow! Happy Schooling everyone!