Today the girls worked for a while today and both of them did quite a bit of math! Bunny finished the parrot book I made last week with math problems in it, so I made a new lizard one. Now I have decided to get smart and instead of thinking up all the problem myself, I bought the command cards from Montessori Print Shop! I printed them off and stapled some of them together to make a book. Whew! That makes it so much simpler for me. She has been choosing to work with the stamp game alot of late. I don’t know if it is because its easier or because it is fun! But she has been doing a great job with it! I am hoping to get a bead frame made soon so she can work on that! I think she is almost ready! 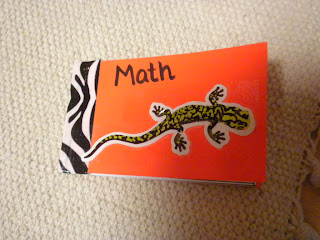 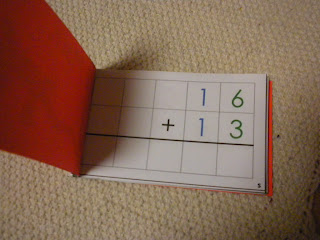 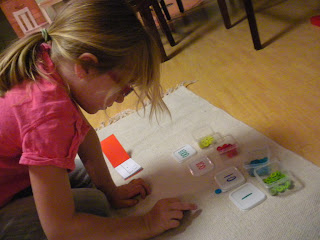 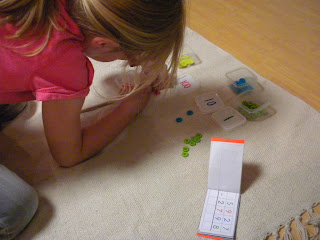 Pup has also been really interested in doing her own math problems! I have been working with the sandpaper numbers with her as well as the spindle box. I know that I am going a bit ahead of the program, but she has wanted to count so badly and she does know the numbers 0-4. We worked on 5,6,7 today and some more counting with the spindle box! She is doing a really great job and she loves it! 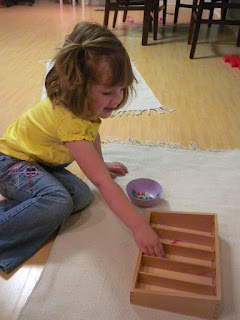 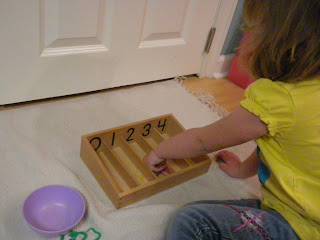 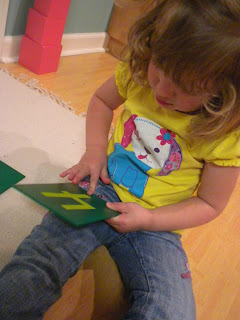 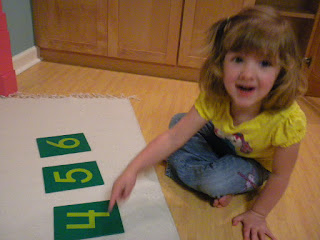 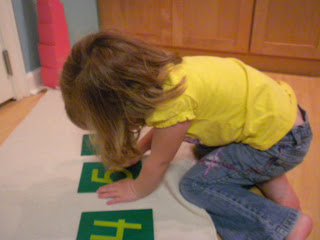 After we did out work, we had lunch. During lunch, Bunny decided that she was still hungry, so I offered her a carrot. She peeled it herself. This inspired her to make some vegetables for dinner. Her idea was to use carrots and other veggies to make a salad like fruit salad! She did! She peels, chopped and added carrots, lettuce, cucumber, and black olives to the bowl. We ate this with out dinner. She was so proud of her veggies and I was so proud that she did it all 100% on her own! We have our real Montessori moments sometimes! 😉 Here is a picture of her salad.I didn’t get any pictures of her making it since the table where she was working was still filled with the lunch plates and it was super dirty! I’m not sure I’m ready to show the world what my kitchen can really look like! 😉 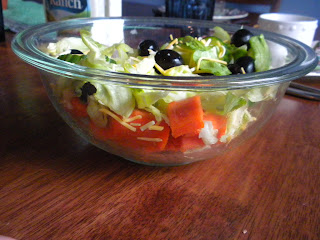 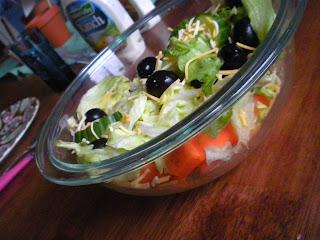