Well yesterday was such a rough day that I just didn’t have the heart to post anything! I really have been having a hard time with the kids. Bunny is going through a growth spurt, so she is overly tired and she is a little crazy, and that crazy rubs off on everyone else here! So after about an hour of work, where Tadpole dumped everything, Bunny didn’t want to work and actually threw a fit, and Pup and Bug were wandering and board, so we gave up and I let the kids play! I think that I will have to do a post where I take pictures of all the things I tend to avoid with the camera so you can see that its not perfect here! However, there was some good moments and I will share those today! 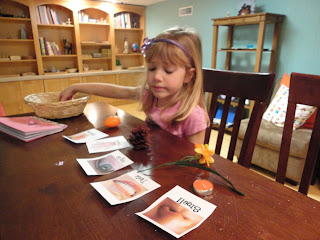 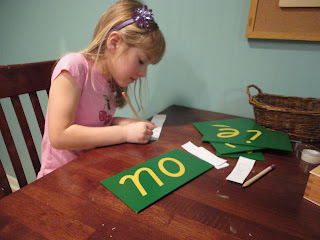 Letter sounds.
We are still working on these four until she gets them. I think next week I will add a couple. She sometimes gets them all, sometimes she forget them. But today she did them without hesitation, so I think she is ready! 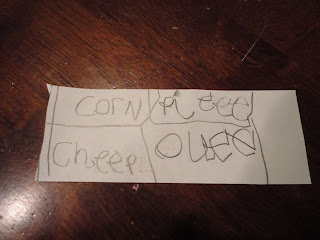 Here are some words we wrote with the sounds.
I tried to give her some words to read using the sounds, but that is where some of the fit started! 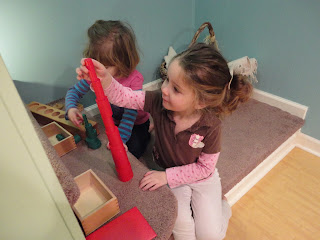 Bug and Pup really got to work on the knobless cylinders! They built three of the four into to towers! They had a really great time and they really concentrated for a while! 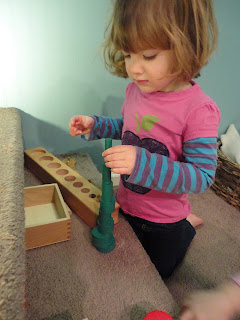 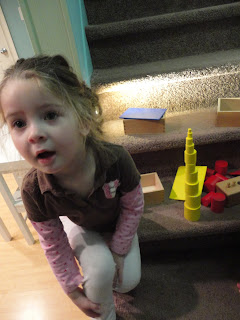 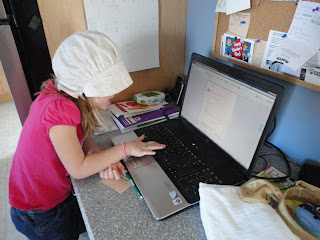 Today Bunny wanted to answer a comment from her online friend Kal-El! So we wrote it out together and she typed it out herself! She was very proud, but it was really hard for her. I never thought about it much until she said “Mom, these are not in abc order”! Oops! I forgot that it really makes no real sense! She also was a little confused about the capital letters on the keys that turned into lowercase letter! 😉 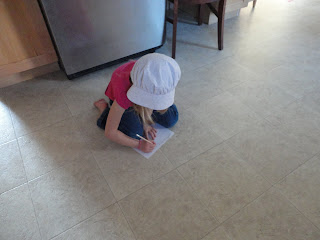 Then she wrote a letter to her friend in England today! We also did some math work with the stamp game while I was sawing some towels for my sister in law! But I couldn’t get pictures! Oh well! She did some multiplication with an exchange and an addition problem too! So I guess our last few days have been ok. I really been firm about the rules here. My goal is to be able to correct things without yelling like a crazy person! Today was good, and I really hope it lasts! So Wish me luck! I hope your week is going well and that you are learning a ton! Happy Schooling!
﻿
A Year of Crafts~ Feburary! A Winner and a Gift for All!!!!