Today we took some time to do some work today just the three of us! It went really well for most of it! Bunny was given her first presentation in static division and she LOVED it! She told me it was her favorite! We did a problem together and then she did two on her own! I should have done it a while ago I guess! 🙂 Pup really was at loose ends for a bit. Then I pulled out the Continent puzzle and globe! She loves pulling out the pieces and matching them to the globe. So we said the continent names as she did it. She was really enjoying it. After that, I put the puzzle back by the continent boxes and I sort of directed her attention to the pictures on the boxes! She saw they were the same as the puzzle! 🙂 So she started exploring the North America box. Inside she found a dolphin and wanted to know about it. So we talked about how it swims in the warm ocean, it eats fish, and it lives in North America. She retained quite a bit of the information! I was really surprised and I think that we will be doing more of this soon! While we were doing that, Bunny was actually upstairs overcoming her frustration over some words. She wanted to read a book after her math. I suggested that we work on a few words before she read the book. I made words that had the sounds we have been working on. Some were short, some longer, but all of them contained sounds she knew or was working on this week. For some reason she had a meltdown about the first word and it took a long time to get her to relax. After she finally did, we managed to read all of the words! This reading is something we have done at other times in the past week and it has worked well. So I guess that she was just having a hard day! 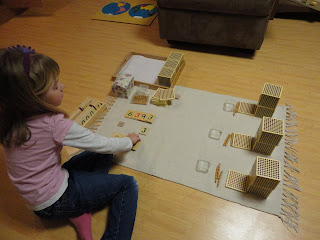 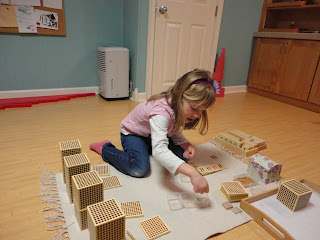 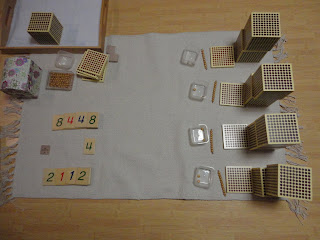 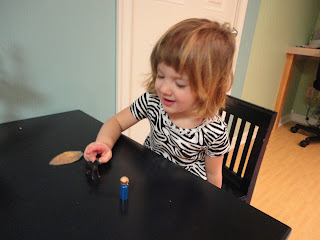 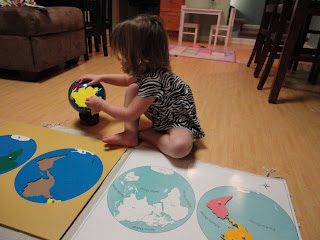 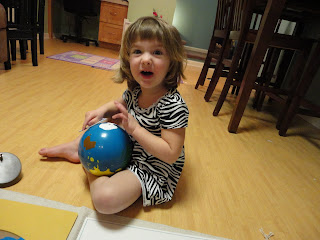 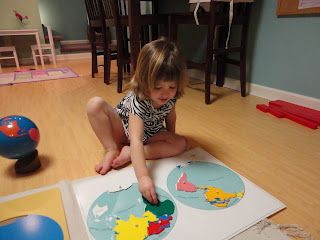 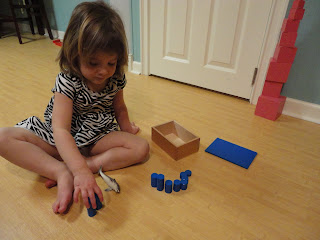 Here we are working with the blue knobless cylinders to make an ocean for the dolphins! 😉 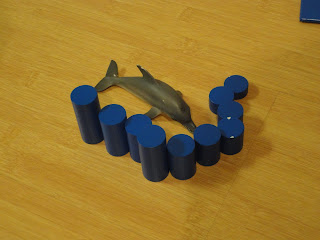 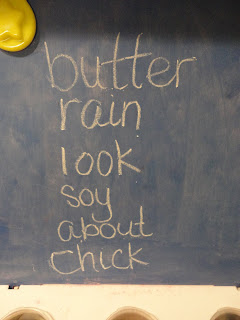 Here are the words for Bunny. I think that as I look at the picture, I should have done only a few at a time. Huhhhh……I will get it eventually! 😉 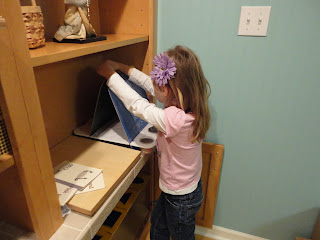 After that we ate some lunch and headed out to the park for a walk! It was a really wonderful day! The sun was out and the temperatures were warmer, and everything screamed “get outside”! So off we went! We walked (and ran) some trails, and climbed over a break wall to get down to the beach! It was really awesome! No one is down at this part of the beach much, so there was a lot to see and it had a much more natural look. Here are a few pictures that I took there! 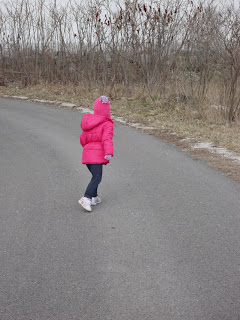 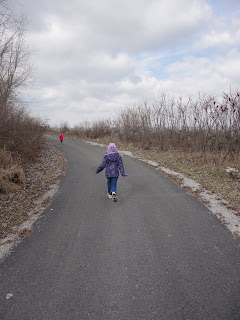 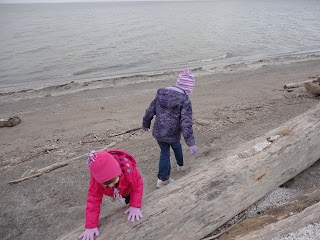 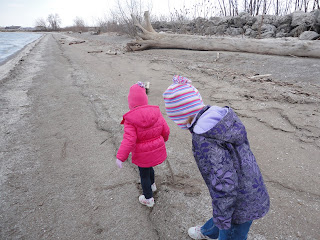 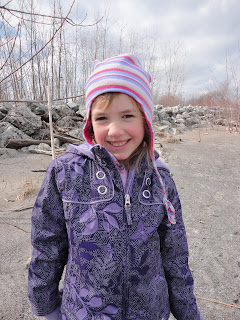 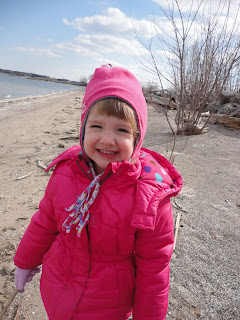 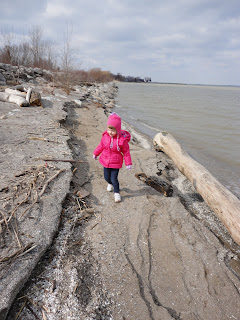 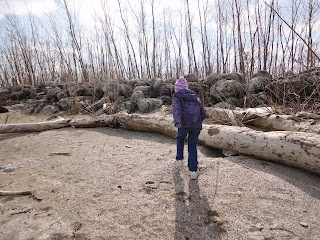 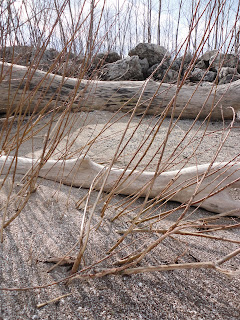 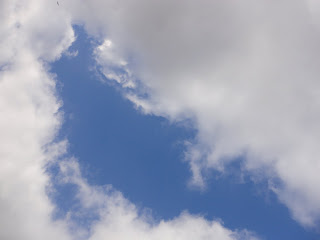 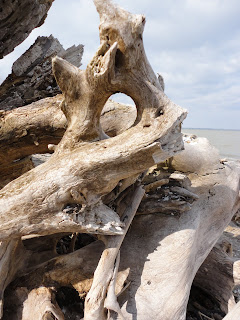 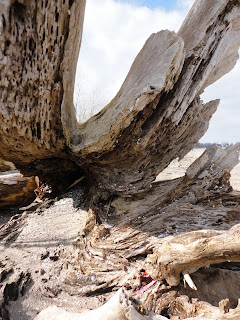 I have also been searching though ideas for the next month of work. I think that the girls are just about done with the Body unit and I need a plan for a new theme. However, with all the other issues that we have going on, I think that we may need to change things up. So I was thinking a bout studying Biomes. This isn’t something we have done before and I think that the girls would like it. So I did a web search and came across this program written by a Montessori teacher. It look amazing and its free! I have to read a bit more, but I think that this is something that I want to do, either this summer or even next fall. If you want to check it out, here is a link to the website! So that is what we did today! I hope you all had a wonderful day! Happy Schooling!