"H" is for Halloween~ Parts of a Pumpkin!

Today we didnt do as much school work as I would have liked, but I did get some things knocked off my to do list! 🙂 We did however take the time to cut a pumpkin in half and examine it to see the parts of it! I wanted to do this alot this week since we still have a couple of pumpkins! I think that if you are going to teach something to a child, the most hands on way is always best! 🙂 I mean, pictures are great, but if you can cut a pumpkin up, that going to be much cooler! All I did was pull out an old towel, and cut {dangerously carefully} the pumpkin in half starting at the top! After that I told Bunny the the parts of the pumpkin pointing to each part and saying the name. Then I asked her to point to the part I would name {this didnt work as well as I wanted as she was already digging in}. Finally I asked her to tell me the name of the part. She got most of them. She confused the pulp and the flesh, but I think that she got it after a while! Here is our pumpkin 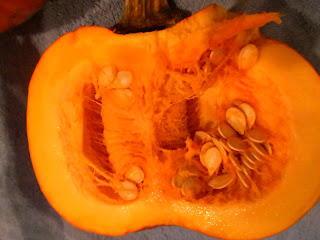 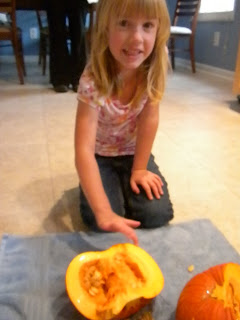 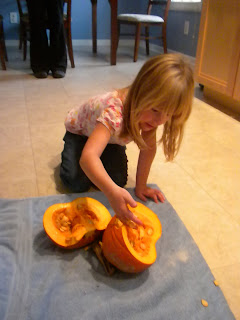 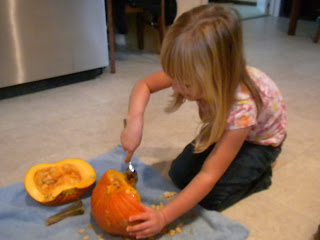 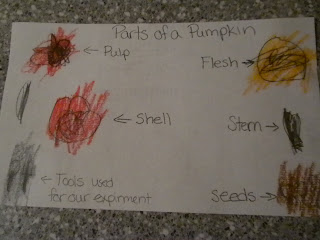