Well today turned out to be a pretty big work day. I should have guessed it would be when Bunny told me this morning “Mom, I don’t like to play anymore. I am getting too old. All I really want to do is bake and do work in our school room.” 🙂 I really have no idea where that came from since she played all day yesterday! So she want down to do school before I finished some of the little things I needed to do this morning! I love Montessori! We mostly did our regular works, but Bunny did new one that was pretty big! We moved forward in the Golden Bead Material! Bunny has been working with the beads, but we have only been forming numbers. Today we moved to the Unlimited Bead exercises in Gettman. Basically I gave her a 4 digit number then she brought me the beads. We put these on a mat and then I gave her another number. She got me the bead for that number and put them on the mat with the others. Then we added the numbers. First she counted the units, then the tens, then the hundreds, and finally the thousands. After she counted each place value, I gave her the numbers. Then we put the number together and I showed her that the beads from the two numbers make the bigger one! She LOVED it! We did it about 4 times! Then I had to go help Pup, and she put it away. But I think that I will get some of the addition command cards from Montessori For Everyone so that she can be more independent! She really is moving ahead in math faster then I thought, but she really seems to understand it. Here are the pictures of her working! 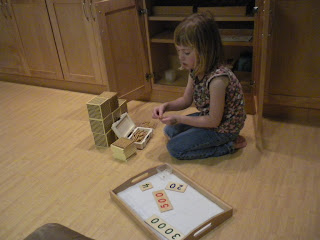 Getting the beads from the “bank” 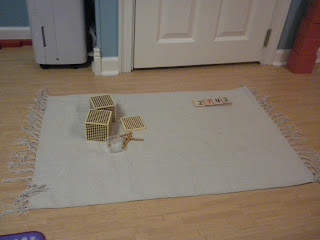 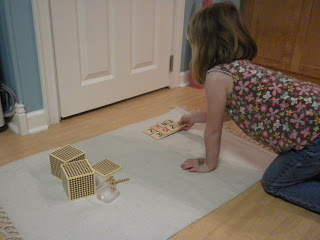 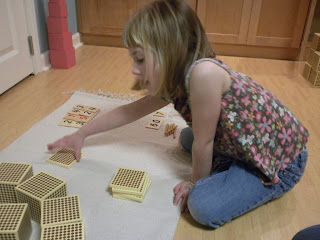 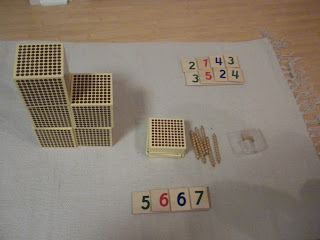 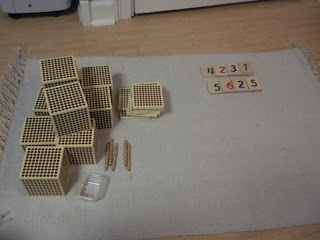 Before they are added 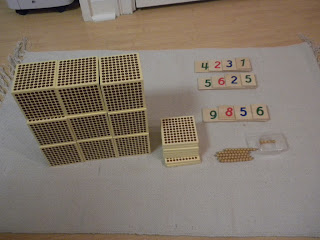 After she added them! 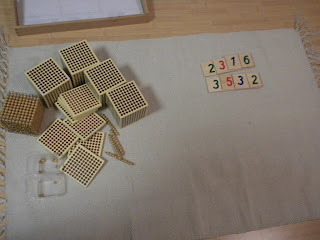 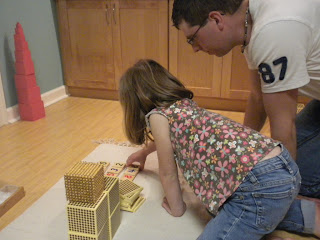 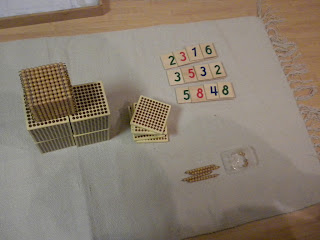 Final number!
More big news here is that I have officially signed up to do Karen Tyler’s Montessori Training course! I am really excited to get to work! I think that it will be really good! Has anyone else taken this course? If so how was it? Happy Schooling!﻿
Our Nest! Sundaes, Sunshine, and Smiles!