In Montessori schools there is a great emphasis on independence. Since we have been doing a winter theme in our schoolroom this month, I thought that I would make a winter dressing basket for Pup. This will allow her to practice putting on mittens, hats, scarves, etc. I had the idea a couple weeks ago, and I finally got it together today (I kept forgetting!). The basket has a bunch of things in it: 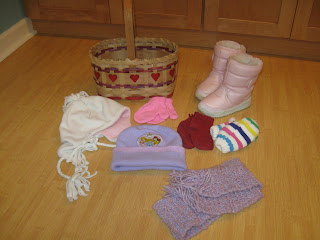 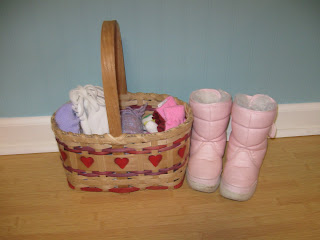 ﻿
Pup was so excited about it that it never made it to the schoolroom before she was in it! 🙂  Bunny soon joined her and they spent a good part of the morning in winter gear! 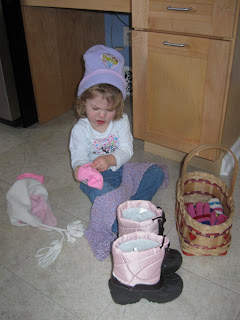 Putting on her own mittens! 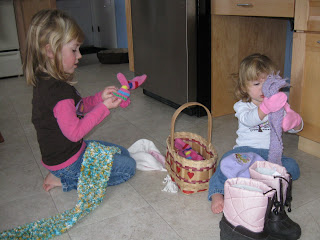 Look at them working so hard! 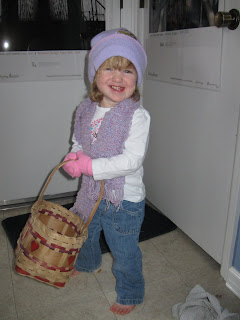 The other inspiration for this was the few inches of snow that we got last night! (I know that its not much for around here this time of year, but the girls were excited). So after a little work this morning we headed out to the park for some sledding! Bunny was so excited I thought she was going to explode! Pup was not real thrilled with the idea of snow pants or the boots. We were there early enough that there wasn’t many people on the hill. Bunny wanted to go down right away! 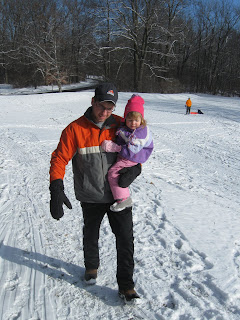 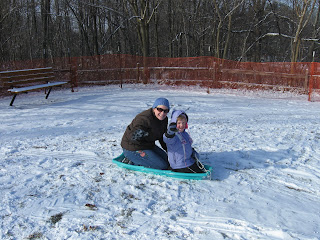 She loved it this year. Last year she was still little unsure! After sledding for a bit, we went out to the pond and played on the ice! Bunny loved it! Pup was too cold to care and getting tired. So we went back to the hill for a few more runs down on the sled before we headed home! Bunny wanted to go down the hill alone. I wasn’t sure, but she really wanted to, so I said ok. She went right down and loved it! 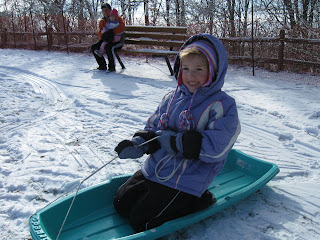