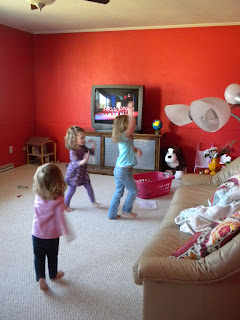 Bunny has been really into Irish dancing (Ireland in general) So here they are “watching” Riverdance. 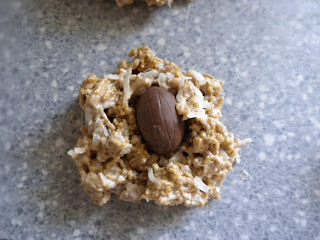 Nest cookies we made.
(Like rice krispies treats, but I used Quaker Oat Squares crushed up instead of rice krispies) 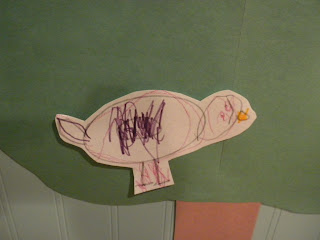 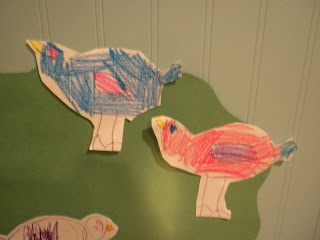 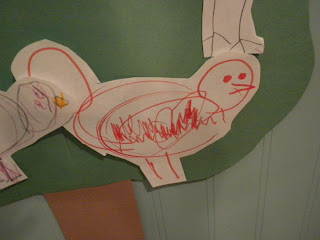 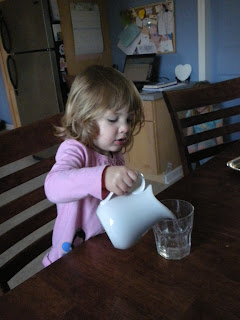 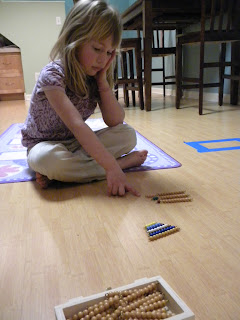 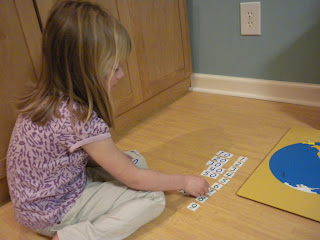 Setting up the numbers for the Function of the Decimal System. 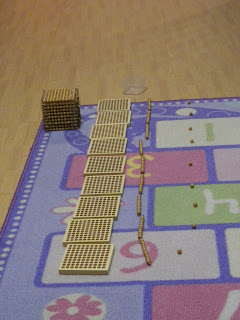 Beads laid out for the Function of the Decimal System game. 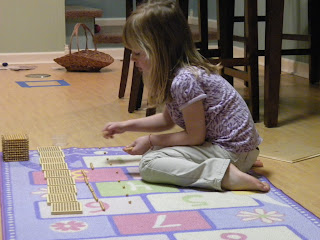 After we laid it out, I would give her a number and she would hand me the beads. Then she would put them back! She loved it! 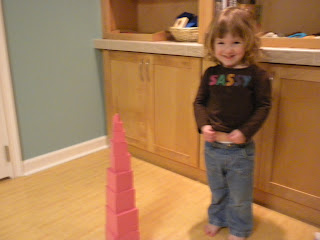 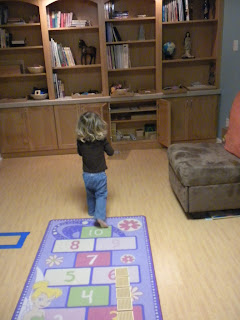 Pup helped Bunny pick up all the beads! 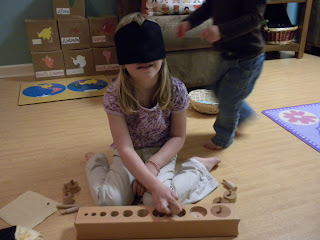 Bunny finally tried to do something with the blindfold on! 🙂 She did it to try things like Mary in Little House on the Prairie. 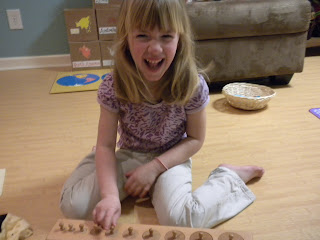 She really did it! 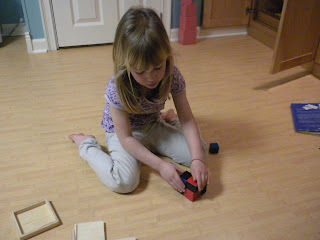 Bunny Built the binomial cube outside the box and now she is begging for the Trinomial cube! Good thing it is in my order! 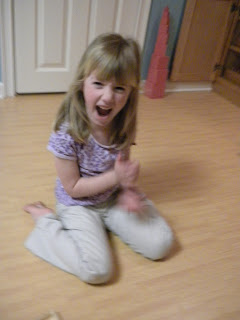 She was proud of her work! 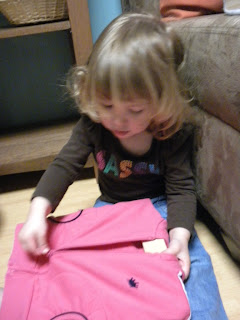 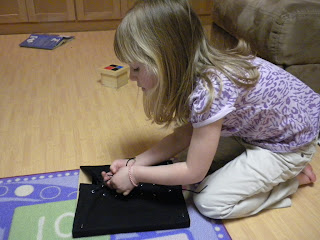