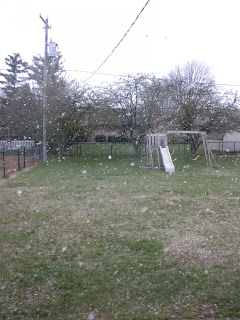 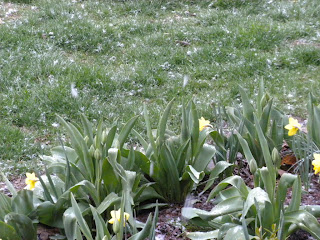 It didn’t last long, but it was enough to make me want to cry! I mean April is almost over and I am still seeing snowflakes as big as quarters! Oh well….it cant last forever!
On a more positive note, we got our new shipment of Montessori Material in the mail on Saturday (it was like Christmas) and today we got to work with some of them!
The first thing that Bunny wanted to pull out was the Trinomial Cube! She has wanted to get it for a while now, ever since she saw the pictures of the boys on What DID We Do All Day doing theirs. She was pretty frustrated at first, but after I presented it again, she got it! 🙂 She was really proud and she loves to have a new work! 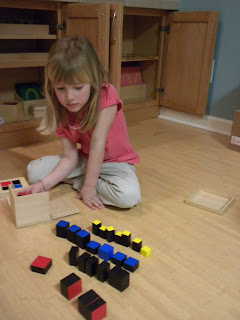 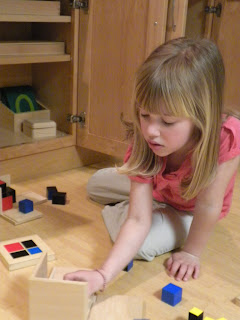 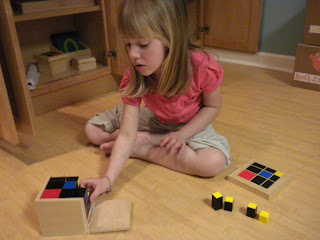 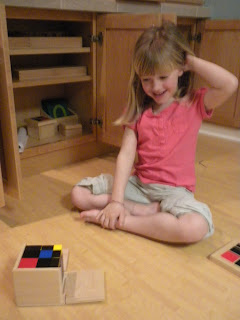 Next we played the Introduction to Complex Numbers game. Basically, we set up the beads and number cards the same way we set it up for the Intro to the Decimal System, except that the bead are on one side of the room and the number cards are on the other. Next I gave Bunny a unit card and a tens card and she got me the correct number of beads. Then we would count out the beads and I show her the “magic” number. I would put the unit card on top of the tens card so that it makes the number we normally see. Then I would tell her that instead of saying 5 tens and 7 units, we say fifty seven! She had fun running back and forth. Pup even helped by bringing her the next set of cards. 🙂 We had fun with this so I think it will be something that we do regularly! 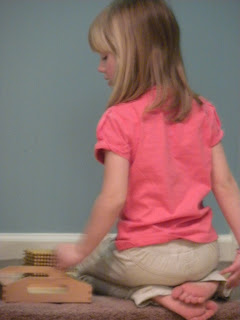 Bunny was sitting by the beads. 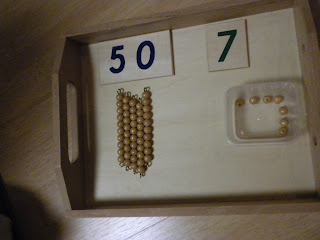 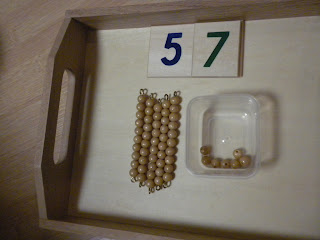 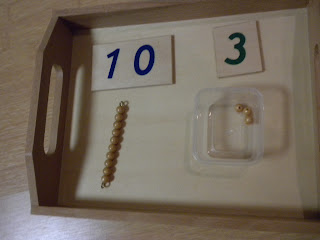 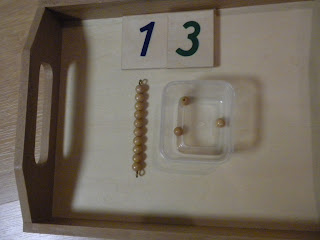 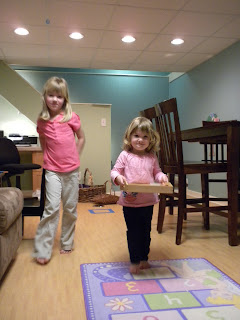 ﻿Bunny and Pup worked together.

Bunny is also drawing pictures of some of her work “so I know what it looks like”. I think maybe its time to start presenting her with labels for our work! 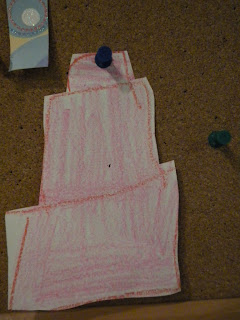 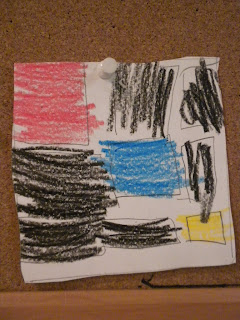 We still are working on eye spy games alot, but she still doesn’t have much interest in reading or writing, so we keep playing! 🙂 I hope it will all click soon!
Tomorrow we should be doing more bird work! I hope to get that posted, and by this weekend we should have chicks!! Happy Learning!

What are you working on in your homeschool?﻿
New Giveaway!!! The Montessori Method