Our Work of Late

I have taken quite a few pictures this week since we have been schooling a little more consistency. However, Bunny seems to have developed a….how to say this…..dislike of all the work I have out. I don’t know what that means, if its just a phase, or if it is a sign of something, or if she is just tired. This is one of those moments where I wish I had more Montessori Training to know how to handle this. Bunny did try some work, but the work she did get out she didn’t want to finish. So of the pictures are her doing her work, and shortly after the pictures she moved on.
Bug and Pup, however, have been hard at work and they are both even trying to learn a few sounds. Its very laid back, Pup just wants to because Bunny and Bug do. Bug’s mom said that she has been trying to pick “sounds” out on the computer, so I thought that I would offer a presentation on s,m,a,t. She seemed to like it, so we’ll see! 🙂 They are so smart! 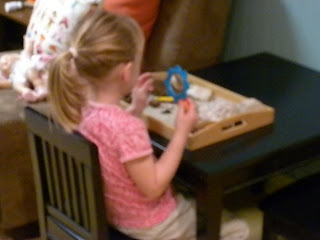 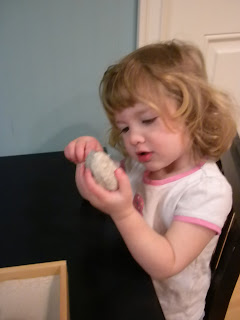 I love how she is looking SO hard! 🙂 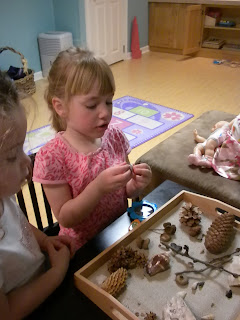 I told you it was lots of work! 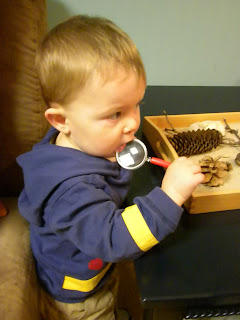 Even Tadpole wanted to get in on it! 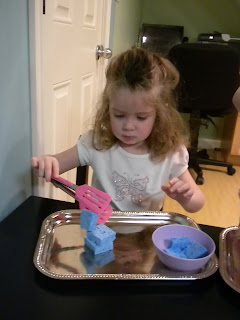 Sponge Tower with tongs. Bug and Bunny have been doing this alot! 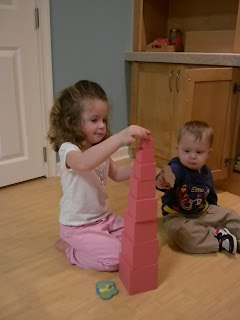 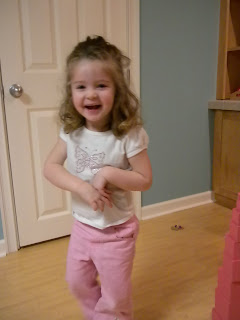 She was so proud! 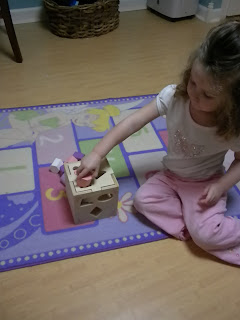 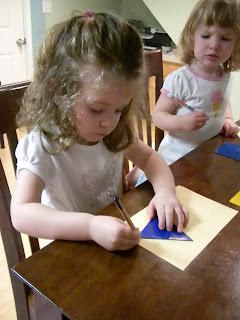 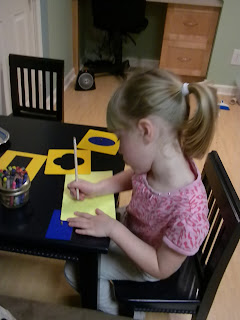 This was another work that everyone did! 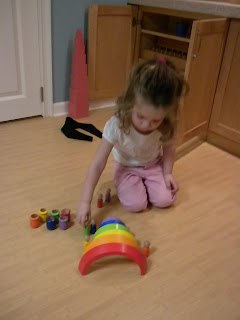 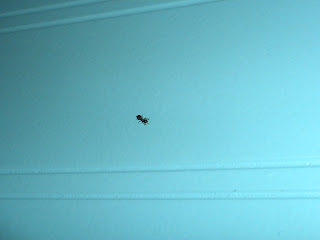 This is an ant on our wall. We seem to have gotten ants in our school room, and while I hate having bugs in the house, the girls seem to really enjoy spending a lot of time watching them run all over the walls! 🙂 Bug even told me the other day “Ms. Stephanie can I watch an ant, will you find one?” 🙂 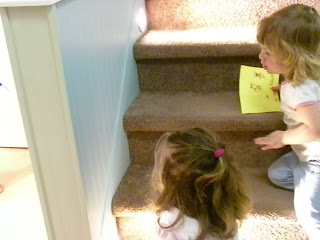 They are totally fascinated! 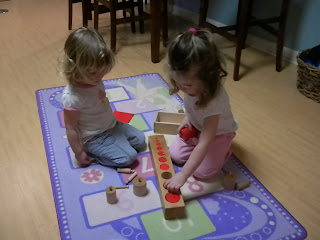 Knobless cylinders in the cylinder block is a work that Pup got out earlier this week. I haven’t given her a presentation on it, but she did see Bunny do it a few times. She wanted it so badly that I let her go. She really concentrated on it several times this week. Bug was interested too! 🙂 They worked together this time. 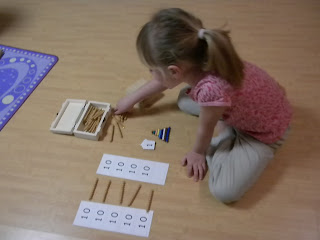 I tried to present the teen board to Bunny this week. She wanted to do it at first, but after a minute she really didn’t want to. So we put it away after I gave her the basic idea of what she needed to do.
Has anyone done any good Montessori presentations with their kiddos this week?﻿
﻿
The Secret of Childhood.. I am so excited!