Well it looks like the Blizzard of 2011 is over (our weather forecasters think that every bit of snow we get will be the worst we’ve ever seen). We did get bunch of snow, and of course, that sent us out into the “extended classroom” after breakfast today! The girls had fun playing and Pup was really having fun in the snow. This was the first time that she actually like it! 🙂 Bunny was all about eating every bit of it she could (“only the good stuff though” is what she told me). After I finally got them in (Pup’s cheeks were frozen) we had some hot chocolate and special doughnuts that Daddy got! They loved it! I’m sure that we will be out in it again! 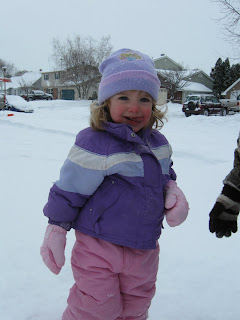 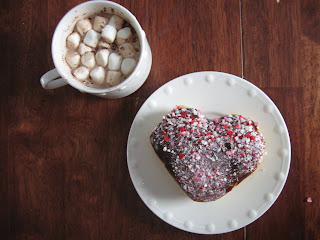 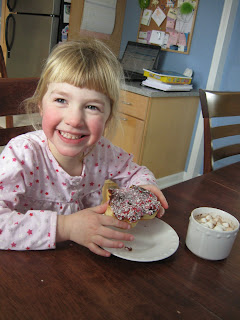 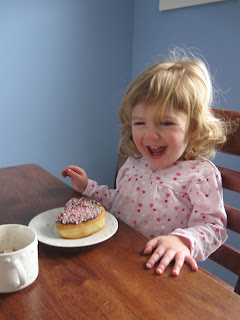 After the snow Bunny saw a heart shaped pillow on the front of a book, and decided that she had to make one! So up into my mountain of fabric to see what we had, and I found a hot pink calico with white dots on it! Perfect for a heart! So Bunny did the cutting, I sewed it up, and she learned about turning things inside out and stuffing a pillow! She was absolutely beaming with pride over it! She is still carrying it around while she plays! She told me that her pillow reminds her of God, because he is in her heart! 🙂 I love her joyful self! 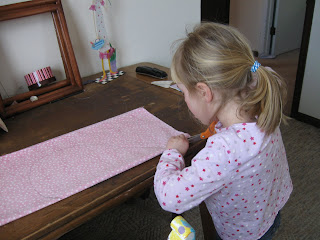 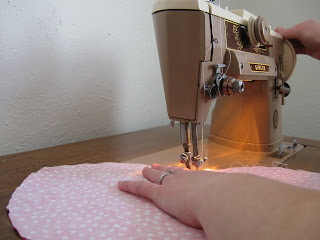 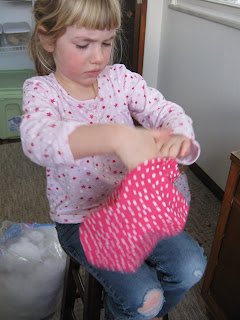 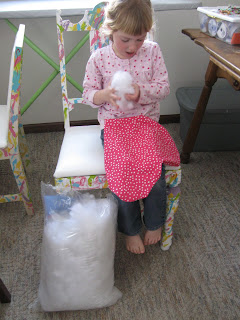 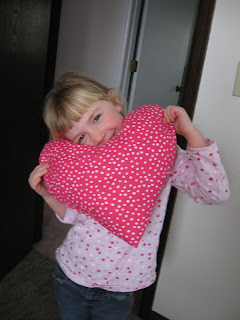 So proud and happy!

Later, while Pup napped, we headed down to do some school work. I recently pulled out the Binomial Cube for Bunny. It is a bit of a challenge, but she has spent fairly long periods working on it! Concentration is still something that we are working on, so this was good to see. She surprised me though when she started to mix the cube with the pink tower! She found that the red and blue cube from the Binomial Cube, matched two of the blocks in the pink tower! I was really excited to see her making discoveries! Yesterday I realized that no matter what I try to tell her, she always does better when I shut up and let her figure it out. Bunny has a habit of talking out loud to herself and sometimes it sounds like she talking to me. So when this happens I answer her. Well I realized that she isn’t needing me to direct her in these moments, she is just thinking out loud! I do it too, so I shouldn’t be surprised! So I think that this observation will help me let her do things better! It turns out that following the Montessori method in its simplicity is the best way! Follow the child and see what happens!!!! Today it lead to hearts and cubes! 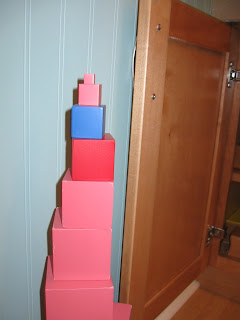 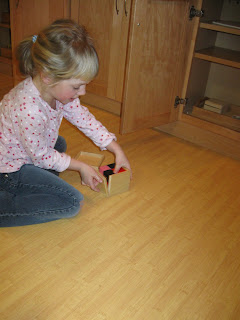 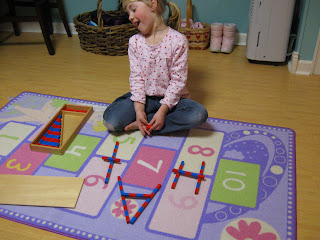 A little different use of the number rods, but she showed interest in words!
Later she wrote hat on some paper!
Our Shelves~ Feburary Catechesis of the Good Shepherd